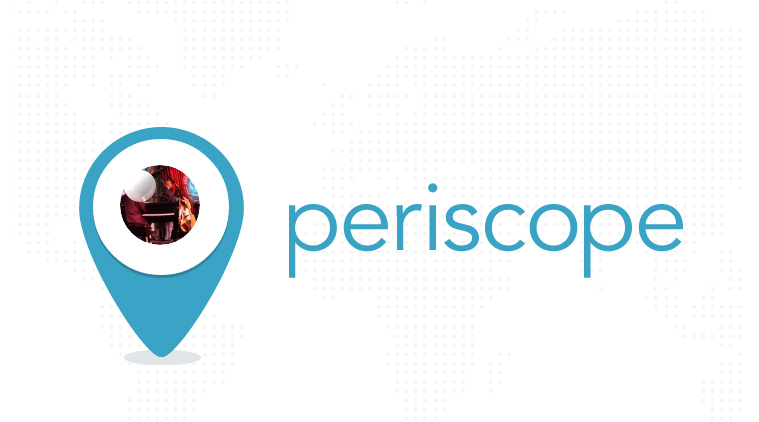 #RiverScope is a new project for World Rivers Day 2015 that encourages people across world to share their rivers LIVE on Periscope.

Periscope is a new app that explores the idea of discovering the world through someone else’s eyes. What if you could see through the eyes of a protester in Ukraine? Or watch the sunrise from a hot air balloon in Cappadocia? A picture may be worth a thousand words, but live video can take you someplace and show you around.

Periscope is rapidly expanding, but its conservation and creative possibilities are yet to be truly explored. We want to connect people across the world to global rivers on World Rivers Day. As an experiment to launch this project, we are also going to explore the sonic possibilities of Periscope with live streaming hydrophones. 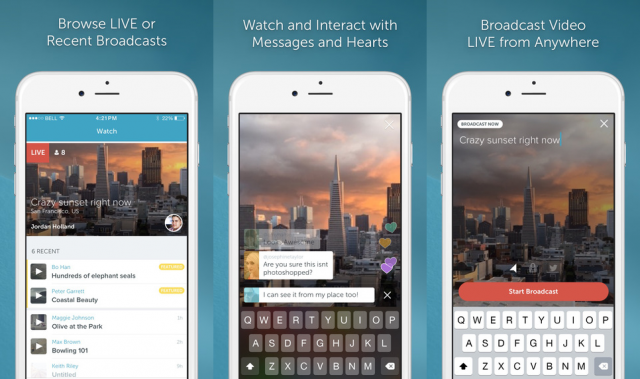 World Rivers Day is a celebration of the world’s waterways. It highlights the many values of our rivers, strives to increase public awareness, and encourages the improved stewardship of all rivers around the world. Rivers in virtually every country face an array of threats, and only through our active involvement can we ensure their health in the years ahead.

In 2005, the United Nations launched the Water for Life Decade to help create a greater awareness of the need to better care for our water resources. Following this, the establishment of World Rivers Day was in response to a proposal initiated by internationally renowned river advocate, Mark Angelo.

The proposal for a global event to celebrate rivers was based on the success of BC Rivers Day, which Mark Angelo had founded and led in western Canada since 1980. A World Rivers Day event was seen by agencies of the UN as a good fit for the aims of the Water for Life Decade and the proposal was approved. River enthusiasts from around the world came together to organize the inaugural WRD event. That first event in 2005 was a great success and Rivers Day was celebrated across dozens of countries. Since then, the event has continued to grow. It is annually celebrated on the last Sunday of every September. In 2014, several million people across more than 60 countries will be celebrating the many values of our waterways.

To celebrate World Rivers Day 2014 we are running River Listening workshops along the Mary River in Queensland in collaboration with the Mary River Catchment Coordinating Committee (MRCCC) and the Greater Mary Association Inc. The first will be on Saturday, September 27 at Moy Pocket near Kenilworth and the second on Sunday the 28th, near Tiaro, much closer to the river’s mouth. The Mary River is just over three hundred kilometres long with several thousand kilometres of tributaries included in its catchment. For over two decades the MRCCC has worked to foster better stewardship of not just the river and its riparian vegetation but of the whole of the catchment.

The Moy Pocket Rivercare Day will be held just to the north of Pickering bridge and will include a riparian walk led by Marc Russell as well as tree-planting, natural regeneration and some freeing of young trees engulfed by Cat’s Claw Creeper. The property is part of the Connection Road Corridor which links the biodiverse Conservation Park on top of the Kenilworth Bluff with the Mary River. The day starts at 10 am and goes till mid-afternoon. The River Listening workshop will happen from 12pm-1pm with an introduction to the project and demonstration of the River Listening hydrophone recording kits. Participants will have the opportunity to listen to the sounds of the Mary River and make their own hydrophone recording that will be published on this website in November.

The Tiaro event on Sunday the 28th of September, will be held in the Mary River Koala corridor at Petrie Park on the Mary River just north of Tiaro town. Starting at 10:00 am, the event includes koala food tree planting, and the launch of a new publication by the Greater Mary Association about the creation of the corridor. There will also be opportunities to tour the biological control facility established to fight Cats Claw creeper around the Fraser Coast region. The River Listening workshop will run from 1:30-2:30pm with an introduction to aquatic bioacoustics, hydrophone demonstrations and recording in two locations along the river. Participation in the River Listening workshops is free of charge and the resulting recordings will contribute towards a community sound installation at the 2014 Mary River Festival.

Thanks to Tanzi Smith for inviting River Listening to participate in these events.